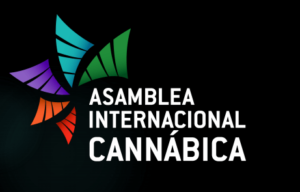 WASHINGTON –  In the first of its kind for a U.S. based organization, the Minority Cannabis Business Association (MCBA) is announcing its first Spanish-language cannabis event “Asamblea Internacional Cannabica” to be held digitally on September 22, 2020.

This conference gathers a diverse cohort of highly qualified cannabis professionals, regulators, activists, and leaders from government, business, and healthcare, as well as industry influencers, and civil rights organizations in order to debate current cannabis policy challenges and opportunities, among other relevant topics regarding Latinos in the cannabis industry as well as the social, political and economic impact cannabis prohibition has had on all of the countries of Latin America.

MCBA believes that all communities that have been devastated by the war on drugs deserve a clear path forward that will help mitigate the existing wealth gap and begin to repair the damage to those communities.

“Latin America holds over 1 billion people within its borders and the millions of Latinos here in the U.S. are ready, willing and able to become pioneers in the cannabis industry, and have suffered devastating consequences of the war on drugs at the hands of the United States,” said Jason Ortiz President of MCBA. “As a Puerto Rican, I’m honored to be President of MCBA at a time when we are so well-positioned to radically shift the balance of power in the global cannabis community. This event will be just the start of uniting Latinos worldwide toward justice and empowerment for our communities through the cannabis industry.”

Historically, in the United States the vast majority of federal sentences for marijuana crimes have impacted Hispanics. According to new data from the U.S. Sentencing Commission Hispanics were massively overrepresented with 67 percent of federal marijuana sentences, despite making up less than 20 percent of the U.S. population.

“As a Mexican-American and Social equity applicant here in Los Angeles, I know just how important a community support system is and we want to ensure all Latinas are able to find that community,” said Jazmin Aguiar, Co-Chair of the MCBA Board. “That community means support here in the states and also support for and with our home countries that all have deep cultural connections with the cannabis plant.”

Carol Ortega of MUISCA was enlisted to help coordinate the event, having successfully led *CannaSciencia and the Latino BizHub(put links to articles). Carol was involved with the cannabis policy implemented by the government of Colombia to negotiate the peace agreement with FARC activists.

“I am honored and excited to be partnering with MCBA to elevate the stature of Latinos in the industry and bring real attention to the injustice forced on our communities by the United States War on Drugs.” Said Carol Ortega “This is a historic moment for our community and we are ready to show the world just how powerful we really are.”

The event will be live-streamed in both English and Spanish and will seek to bring communities in the united states together with Latin American countries.

“After decades of devastation in our local communities as well as in Latin America, it’s time for us to create opportunities for mutual support where we can build a future we will all be proud of,” said Kaliko Castille, Vice President of MCBA.

Attendees can register for the event at AsambleaInternacionalCannabica.com. Tickets start at $45 with a premium/VIP ticket at $125, which includes a MCBA membership and MCBA branded swag.

About the Minority Cannabis Business Association Founded in 2015, the Minority Cannabis Business Association (MCBA) is the first 501(c)(6) not for profit business league created to serve the specific needs of minority cannabis entrepreneurs, workers, and patients/consumers. The MCBA represents hundreds of minority-owned businesses, entrepreneurs, and patients from across the United States. Its 15-member board of directors is composed of a diverse group of medical and legal professionals, cannabis industry veterans, and social advocates from across the U.S. You can find more information about us at www.minoritycannabis.org.